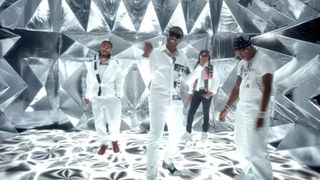 The song arrived roughly three months ago, as it was speculated to appear on the Glacier Boyz project, however, the Da Honorable C.N.O.T.E-produced number will instead be featured on Gucci Mane’s Evil Genius album.

On top of the Glacier Boyz compilation and Evil Genius, Gucci is also reportedly working on the 1017 Eskimo Presents: Eskimo Boys Vol. 1. In short, expect a ton of new music on the way from Guwop and friends.