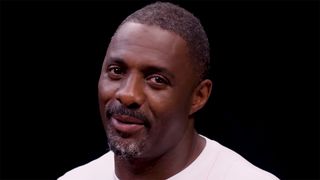 With Fast & Furious Presents: Hobbs & Shaw now out in theaters, Idris Elba continues to make his rounds in promotion of the new film. Just yesterday the 46-year-old actor stopped by Hot Ones to take on the infamous spicy wings challenge.

Elba begins the show by proclaiming that he is quite accustomed to spicy food, as he enjoys a side of hot sauce with his steak and eggs each morning. During the interview portion of the program he dishes on how he landed the game-changing role of Stringer Bell in The Wire, his professional kickboxing debut just a couple years back, and an interaction with Diddy when he was just 18.

Standouts from the conversation come when Elba discusses recording the intro to JAY-Z’s American Gangster, and how he would take down his Hobbs & Shaw costar Dwayne “The Rock” Johnson if they were forced to square up.

To hear Idris Elba discuss all of this and more — including his top five UK rappers, Cockney rhyming slang, and rappers being drawn to The Wire — press play above.

Chelsea Handler Reveals How She Got Into Comedy on ‘Hot Ones’
FoodsponsoredApril 4, 2019