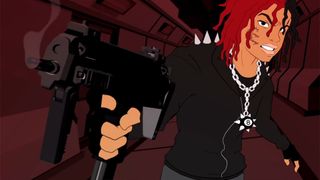 The track welcomes assistance from 2018 XXL Freshman Class member Trippie Redd, who is also depicted in the anime-inspired video, directed by Child and Jered Harrison.

Fans of Kodie Shane can look forward to a performance alongside Juice WRLD this weekend in New York. Her debut album is due out before the end of the year.

070 Shake Is the Ultimate Road Block in “Nice to Have”
MusicsponsoredJuly 11, 2019
Follow
Highsnobiety Music
What To Read Next
Load More
Search Results
Load More