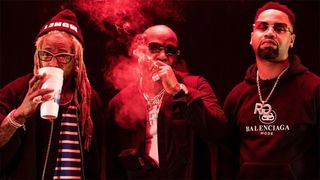 With his new project, Funeral, on the way, Lil Wayne reconnects with Birdman and Juvenile for a nostalgic release, dubbed “Ride Dat.” Birdman first teased the collaboration on social media this week before the song popped up on streaming services.

“Ride Dat” is expected to appear on Just Another Gangsta 2, the sequel to Birdman and Juvenile’s collaborative album, Just Another Gangsta, which released earlier this year. The followup was initially scheduled to drop in July, but is now rumored to arrive very soon.

Lil Wayne, on the other hand, has admittedly finished his new project, Funeral. It will reportedly release by the end of 2019.