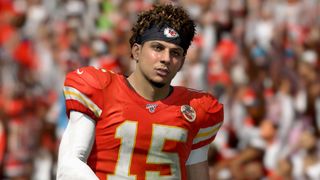 ESPN and EA Sports’ Madden NFL have teamed up for a new E:60 episode highlighting the best job in sports, the Madden NFL Performance Ratings Adjuster. For many years, the video game series has caught tons of heat from NFL athletes for individual Madden ratings not meeting their expectations. So, to help calm the storm, EA Sports gives us an inside look at how player adjusters work with athletes, develop research, and make accurate rating updates continuously throughout the year.

In the episode, ESPN follows the day-in-the-life of Madden Ratings Adjuster, Clint Oldenburg, while taking a never-before-seen look at the Madden HQ, where the digital fates of the NFL’s biggest stars are determined. Starting in 2009, the team developed a new update strategy thats gives constant adjustments to players thought the year. These attributes including speed, awareness, jumping, catching, strength, and tons more. All these scores accumulate into an overall rating for each player.

The Madden team is pulling out all the stops to deliver the most accurate representation of NFL players then ever before. From roundtable discussions, to 1-on-1 examinations with athletes, to monitoring on-field performances, are just some tools used to during the adjustment process.

For a closer look at how these player adjusters determine the Madden NFL 20 ratings and why are they so highly scrutinized, watch the video above.

Ryan Russell Comes Out As Bisexual; “The N.F.L. Is Definitely Ready”
LifestylesponsoredSeptember 1, 2019