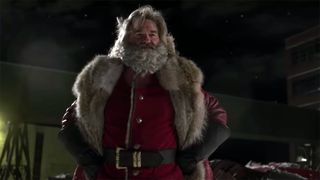 With the holiday season upon us, Netflix shares a first look at its upcoming original film, The Christmas Chronicles, starring Kurt Russell as Santa Claus.

The story begins as a young girl named Kate (played by Darby Camp) attempts to catch Santa on film. When he arrives, however, Father Christmas has trouble landing his sleigh, leaving his means of transportation out of commission. Now, Kate and her brother Teddy (played by Judah Lewis) are in for a journey most kids only dream about, as they work together with Santa to ensure the holiday is saved.

For more, here is everything coming to Netflix in November.

Netflix’s ‘The Devil Next Door’ Tells the Story of a Notorious Nazi Death Camp Guard
MoviessponsoredOctober 23, 2019
What To Read Next
Load More
Search Results
Load More