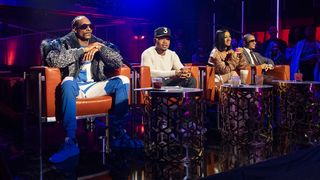 Following a teaser from earlier in the month, Netflix now shares the full-length trailer for its first-ever music competition series, Rhythm + Flow. Chance the Rapper, Cardi B, and T.I. serve as judges for the contest, as they are in search of the next big hip-hop act.

Set in the hip-hop epicenters of Los Angeles, New York, Atlanta, and Chicago, new episodes of Rhythm + Flow will release each Wednesday. The series premieres on Netflix October 9.

Timothée Chalamet Feels the Weight of the Crown in First Trailer for Netflix’s ‘The King’
MoviessponsoredAugust 27, 2019
Follow
Highsnobiety Music
What To Read Next
Load More
Search Results
Load More