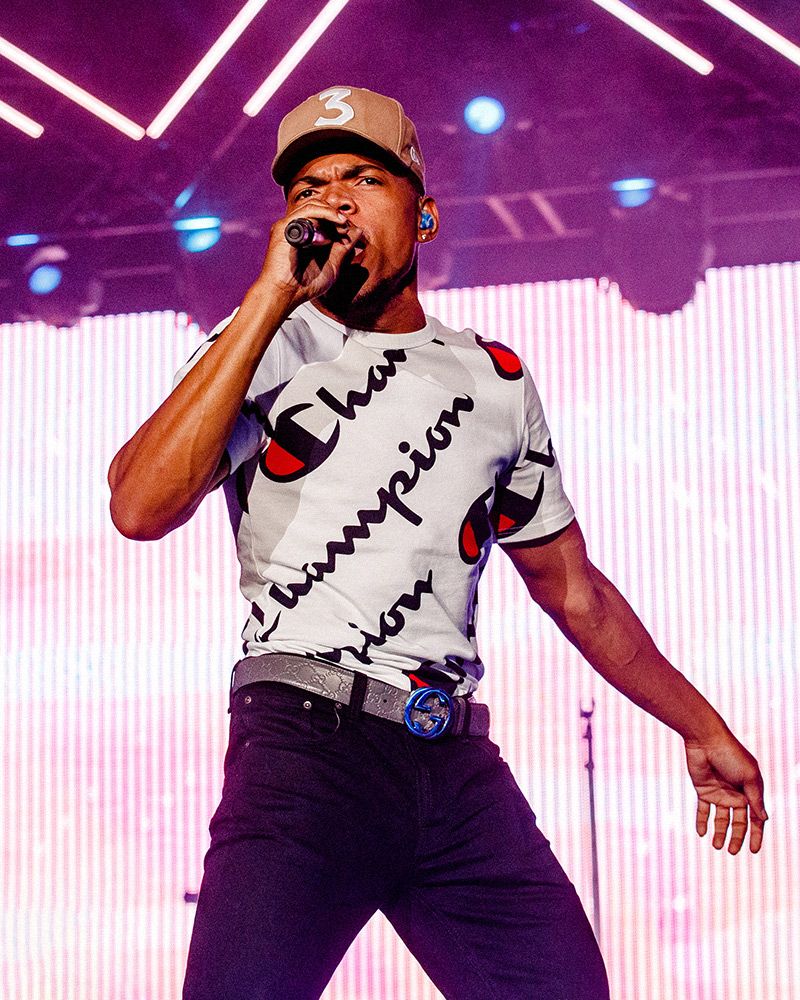 Who is Chance the Rapper?

Chancelor Jonathan Bennett is a rapper, singer, songwriter, activist and actor born and raised in Chicago, Illinois, US.

Chance the Rapper started his musical career with the release of his mixtape “10 Day” in 2012, and began to gain to mainstream recognition in 2013 as a result his “Acid Rap” mixtape release.

Chance the Rapper released his debut studio album in July 2019, debuting at number two on the US Billboard 200 – becoming his highest charting entry rate until today.

In addition to music, Chance the Rapper has played a prominent role in campaigning alongside his father for Obama’s presidential campaign and continues to vocally criticize the Trump administration’s policies.

When was Chance the Rapper born?

Where is Chance the Rapper from?

Who is Chance the Rapper wife?

What is Chance the Rapper Net Worth?

Is Chance The Rapper religious?

Chance the Rapper identifies as a Christian and refers to Jesus Christ in multiple songs, having been raised as such by his grandmother. While he briefly fell out of the faith, he allegedly rediscovered it after his daughter was born with an atrial flutter.

What are Chance The Rapper's views on Kanye West?

When interviewed by radio host Joe Budden on fellow Chicago native Kanye West with whom he’s worked closely, Chance The Rapper explained that West thinks exclusively about how he will be perceived as an artist in the distant future. Citing West’s adorning of a MAGA hat with a Kaepernick sweater, Chance The Rapper says that West acts controversial in order to get the attention of the masses and thus to get his actions documented in history.

What is the 3 on Chance The Rapper's hat?

Having worn caps since his early youth, Chance The Rapper’s decision to wear a “3” is to do with his mixtapes and his family. Believing in the Trinity, the 3 cap symbolizes his third mixtape, Coloring Book, and his family: composed of himself, his wife Kirsten Corley and his daughter Kensli Bennet.

What are Chance The Rapper's musical milestones?

Coloring Book (2016) was released exclusively on Apple Music before being available across various platforms, being the first album to chart on the US Billboard 200 from streams alone. Coloring Book won Best Rap Album at the 2017 Grammy Awards and is the first streaming-only album to ever win a Grammy.

Chance The Rapper is born.

Start of involvement in the group Save Money.

Release of “Acid Rap” on DatPiff.

Birth of daughter with his (now-wife) girlfriend Kirsten Corley.

Nomination of the MOBO Award.

Nominated for the MTV Music Award 2016.

Nomination and win of Grammy for Coloring Book; first stream-only album to win.

Chance the Rapper’s Lawyers on the “The Big Day’s” Legal Mess.

Chance the Rapper is still trying to convince use that the “The Big Day” wasn’t that bad.

MTV Is Bringing Back ‘Punk’d’ With Chance the Rapper

Here’s How Much Cardi B, Chance the Rapper & the ‘Stranger Things’ Cast Get Paid Per Netflix Episode
Search Results
Load More