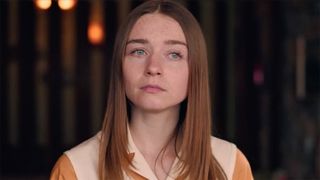 Netflix will soon be releasing season two of The End of the F***ing World. As the upcoming set of episodes is due out early next month, the first trailer for the new season has made its way online.

Jessica Barden reprises her lead role as Alyssa in The End of the F***ing World season two, as the events from the show’s first season are still as relevant as ever for Alyssa. We’re introduced to a new character in the first look at the upcoming season, a girl named Bonnie, who is played by Naomi Ackie. Also an outsider, Bonnie has a troubled past as well as a mysterious connection to Alyssa.

The End of the F***ing World is inspired by characters from the award-winning series of comic books by Charles Forsman. British writer Charlie Covell has returned to write season two.

You can look forward to the second season of The End of the F***ing World coming to Netflix in all territories outside the UK on November 5.