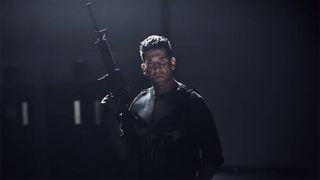 According to the streaming service, The Punisher season two finds former marine-turned-vigilante Frank Castle getting caught up in the murder of a young girl (Giorgia Whigham). As he digs deeper into the case, both new and old enemies do all that they can to stop Castle from taking them down as he turns into the Punisher.

While The Punisher‘s second season is due out on Netflix on January 18, the question remains: will this be the last season for the show? Netflix has already axed three of its Marvel series in Daredevil, Luke Cage and Iron Fist, and it would come as little surprise if The Punisher and Jessica Jones saw the same fate.

Nonetheless, let us know if you’ll be watching the upcoming season of The Punisher.

For more from Netflix, peep the trailer for the platform’s new series, ‘Sex Education,’ centering around an awkward teen who turns into his school’s sex guru.

Nike’s Free x Metcon 2 Trainer Is Here to Get You in Shape for Summer
SneakerssponsoredMarch 27, 2019
What To Read Next
Load More
Search Results
Load More