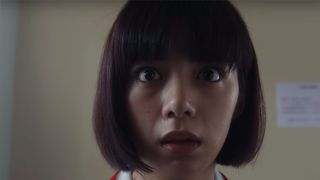 A new installment of classic Japanese horror franchise Ring is on its way to the excitement of some, and fear of many. Watch the English-subtitled trailer for Sadako above. The new film is directed by Hideo Nakata, the man behind the 1998 J-horror original, the 1999 sequel Ring 2, and the follow-up to the US remake, The Ring Two.

In this sequel, the original Ring premise gets a modern update, switching VHS tapes for online clips.

The storyline follows psychologist Mayu Akikawa, who unravels the story of a new patient, a young girl with amnesia who has been admitted to a Tokyo hospital’s psychiatric wing after becoming a victim of arson. Meanwhile, Mayu’s brother Kazuma, a YouTuber, tries to boost his viewership by broadcasting an investigation into the burned ruins of the girl’s house until his sudden disappearance. The film follows Mayu’s search for her brother and entanglement in the curse of Sadako.