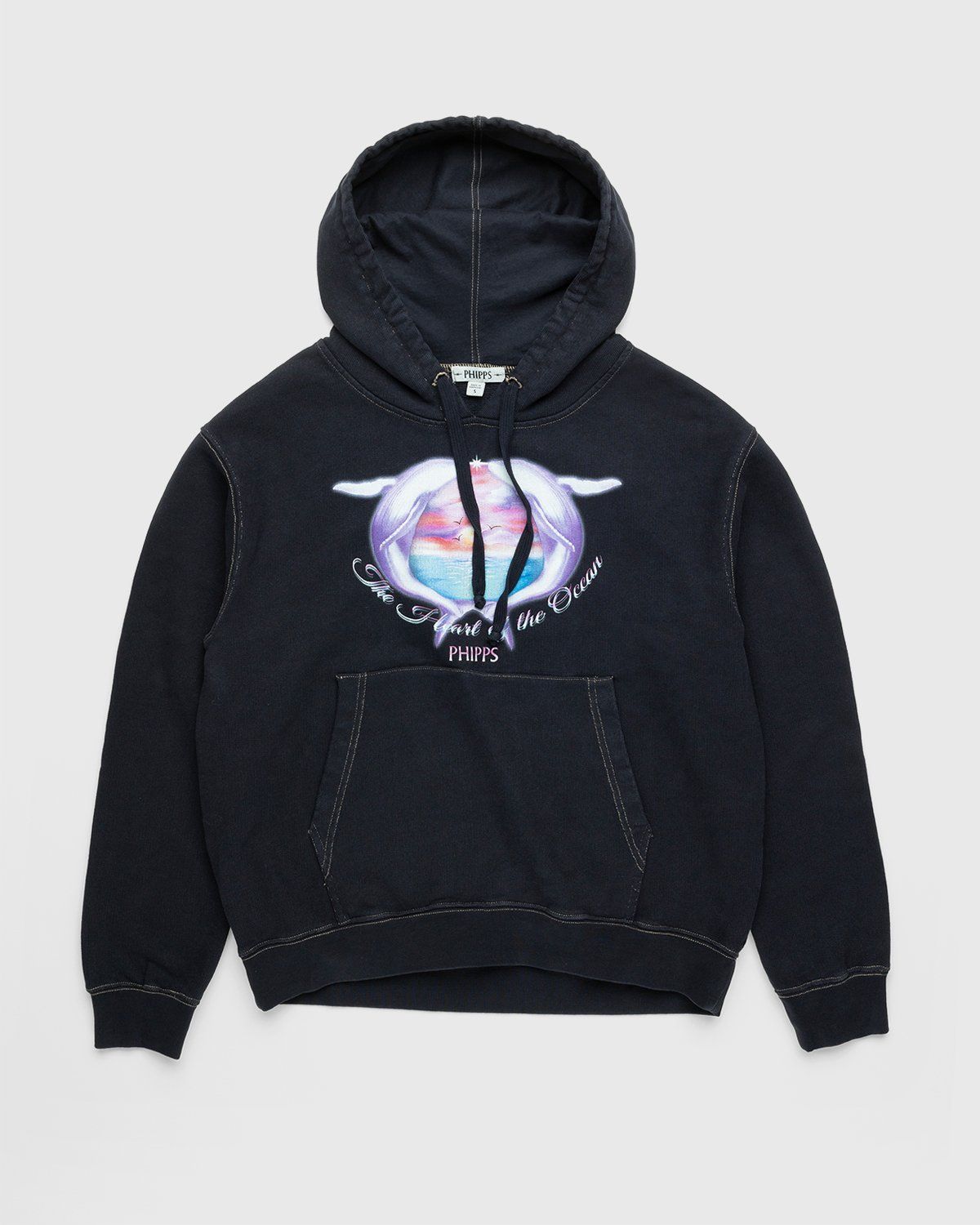 PHIPPS’ Titanic Hoodie is a direct nod to James Cameron’s iconic 1997 film starring Leonardo DiCaprio and Kate Winslet. Here, however, the focus is on a silent leading role, the fictional Heart of the Ocean diamond that ultimately ended up at the bottom of the North Atlantic. A coinciding Heart of the Ocean print is featured front and center on the AW21 hoodie, alongside the brand’s seasonal mascot, the flying dolphin. Because the pullover is garment dyed, you’ll notice subtle variations to the base which give it a look unique to itself.