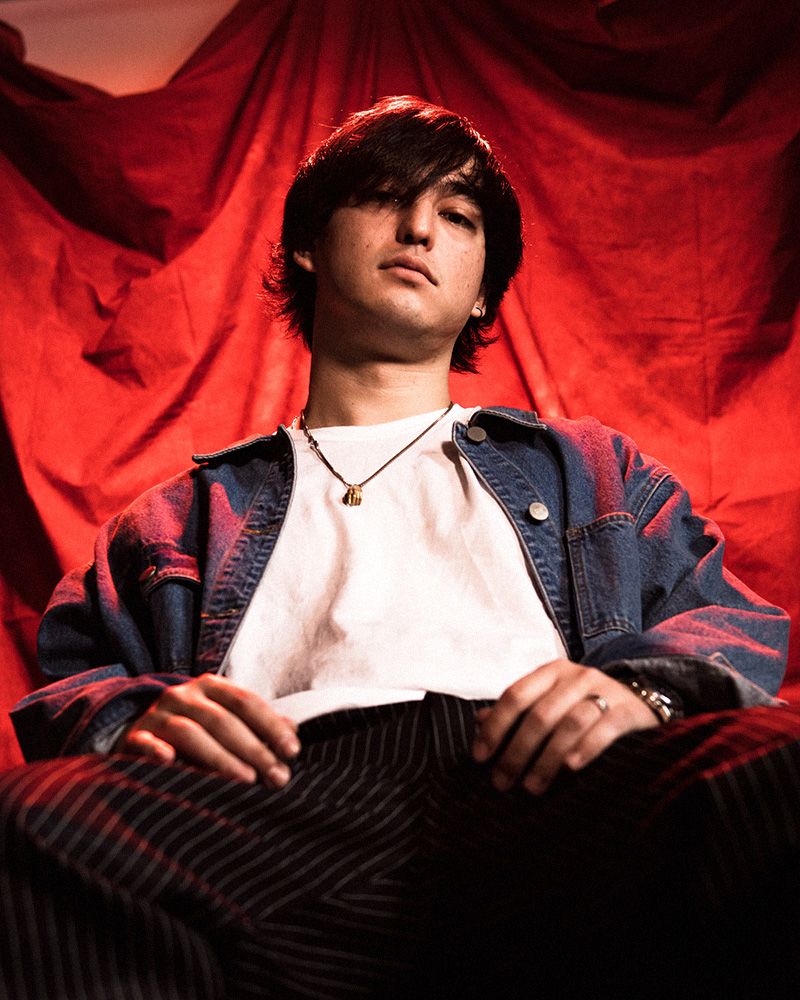 What is Joji's real name?

What pseudonyms are associated with Joji?

When was Joji born?

Where was Joji born?

Where is Joji based?

Joji is the Japanese-Australian viral YouTube-phenomenon turned acclaimed R&B/hip-hop star, who also happens to be the first Asian-born artist to top Billboard’s R&B/Hip-Hop Album chart back in 2018.

Before that, however, Joji (real name Taylor Miller) was winning over the crowds with his hugely popular Jackass-style persona Filthy Frank with a wild mixture of extreme challenges, rap songs and rants on others attracting nearly 5.5 million subscribers. His pink bodysuit-clad alter-ego Pink Guy would also help launch the “Harlem Shake” dance craze that took the world by storm in 2015, the video to date clocking over 60 million views.

Growing up in Osaka, Japan, Joji taught himself to make music using GarageBand, inspired by Lil Wayne’s “A Milli” from 2008. He would later move to the U.S. and attend college in Brooklyn, New York, and although his comedy personas and highly successful vlogging took center stage, he was working away on his music.

In 2017 he decided to shelve his YouTube channel and the “pretty gnarly” medical issues he had contracted as a result of it, to focus on music.

Before settling with the more earnest Joji moniker, however, Miller put out the Pink Season mixtape under his Pink Guy guise: a 35-track album that hit the number nine spot on Billboard’s U.S. Top R&B/Hip-Hop albums, and peaked at 70 on the Billboard U.S. 200.

Joji teamed up with imprint and music collective 88rising – who supports artists of Asian descent – releasing several songs via the label’s YouTube channel, and went on to perform live as Joji for the first time in Los Angeles on Boiler Room in 2017.

In November that year he released his EP In Tongues, which peaked at number 58 on the Billboard 200, and in October 2018 he unearthed his debut album Ballads 1 which landed at no. 1 on the US Top R&B/Hip-Hop Albums, and no. 3 in the US Billboard 200 receiving rave reviews left, right and center. Since then the album has received half a billion plays on Spotify alone.

Miller begins his storied career on YouTube — garnering a tremendous amount of attention for his Filthy Frank and Pink Guy characters. The content featured, skits, original music, and comedy hip hop. Miller has also been atributed to making the dance, “the Harlem shake” extremely popular.

Miller retired as a YouTube to pursue a music career under the moniker Joji.

Joji releases his debut album Ballads 1 to critical acclaim with his featured single “Slow Dancing the Dark” becoming a massive hit in 2016.

In 2020, Joji releases his second album, Nectar which contained his highest charting singles, “Sanctuary” and “Run”.

Joji’s New Track “Run” Has Twitter in Its Feelings
CulturesponsoredFebruary 6, 2020

Joji Teams up With Clams Casino on “CAN’T GET OVER YOU”
CulturesponsoredOctober 2, 2018

Joji’s New Track “Run” Has Twitter in Its Feelings
CulturesponsoredFebruary 6, 2020