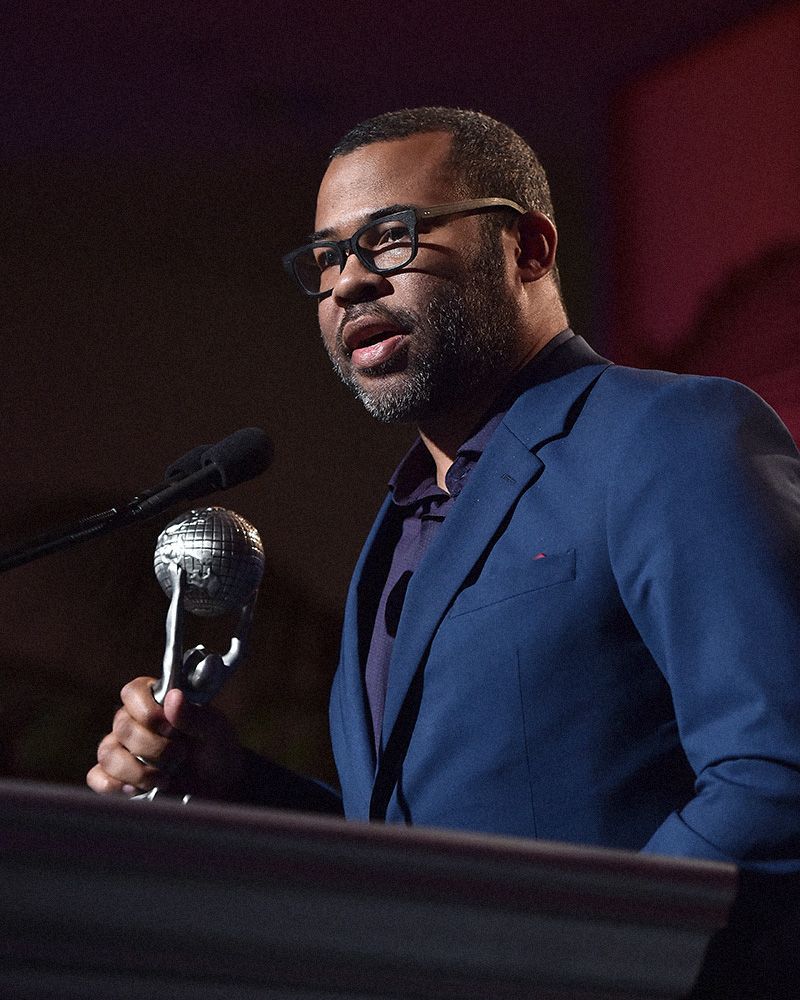 Regularly performs comedy at Boom Chicago in Amsterdam and The Second City in Chicago.

Joins the cast of Mad TV alongside Keegan-Michael Key for their outstanding on-screen chemistry.

Key & Peele is nominated for its first Emmy Award, but doesn’t win. The show does, however, win a Peabody Award for Best Alternative Comedy Series.

Get Out, Peele’s directorial debut, is released to universal acclaim, scoring a 99 percent on Rotten Tomatoes. The horror film earns $255 million at the box office—well beyond its meager $4.5 million budget. It earns four Academy Award nominations and later wins Best Original Screenplay, making Peele the first black screenwriter to win the award.

Peele announces his intention to retire from acting.

His second solo film Us is released to widespread acclaim. On a budget of $20 million, it earns over $252 million. It takes in $70 million on the opening box office weekend, setting the record for an original horror film.

Which movies has Jordan Peele directed?

Although Peele has appeared in over a dozen movies, 2017’s Get Out and 2019’s Us are two that Peele has not only directed, but also wrote, produced, and acted in. His first film-writing experience came with 2016’s Keanu, which starred himself and Key, and received favorable reviews. He also helped produce Spike Lee’s 2018 film BlacKkKlansman.

Peele’s latest movie Us is a psychological horror and thriller film starring Lupita Nyong’o and Winston Duke. The film follows Nyong’o and Duke’s family as they are confronted, followed, and threatened by a murderous doppelganger family known in the movie as “the Tethered.”

What is Jordan Peele’s net worth?

With the solo success of Get Out and Us, Peele’s net worth has dramatically risen in recent years, as he’s worth an estimated $12 million.

Jordan Peele Explains What the Ending of ‘Us’ Means