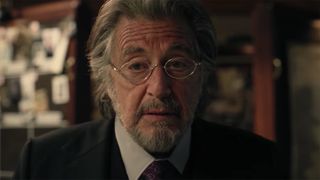 Inspired by true events, Hunters centers around a group of individuals in 1977 New York City who learn that hundreds of escaped Nazis are now living in America. Led by Pacino, they will stop at nothing to exact revenge and deliver justice, by any means necessary. An unexpected turn leads the team of Nazi hunters to uncover a larger conspiracy, however, leaving them racing against the clock to prevent the Nazis’ new genocidal agenda.

4 Things You Might Have Missed in Jordan Peele’s New Movie ‘Us’
MoviessponsoredMarch 25, 2019

Twitter Is Losing Its Mind Over Jordan Peele’s New Horror Movie ‘Us’
MoviessponsoredMarch 22, 2019