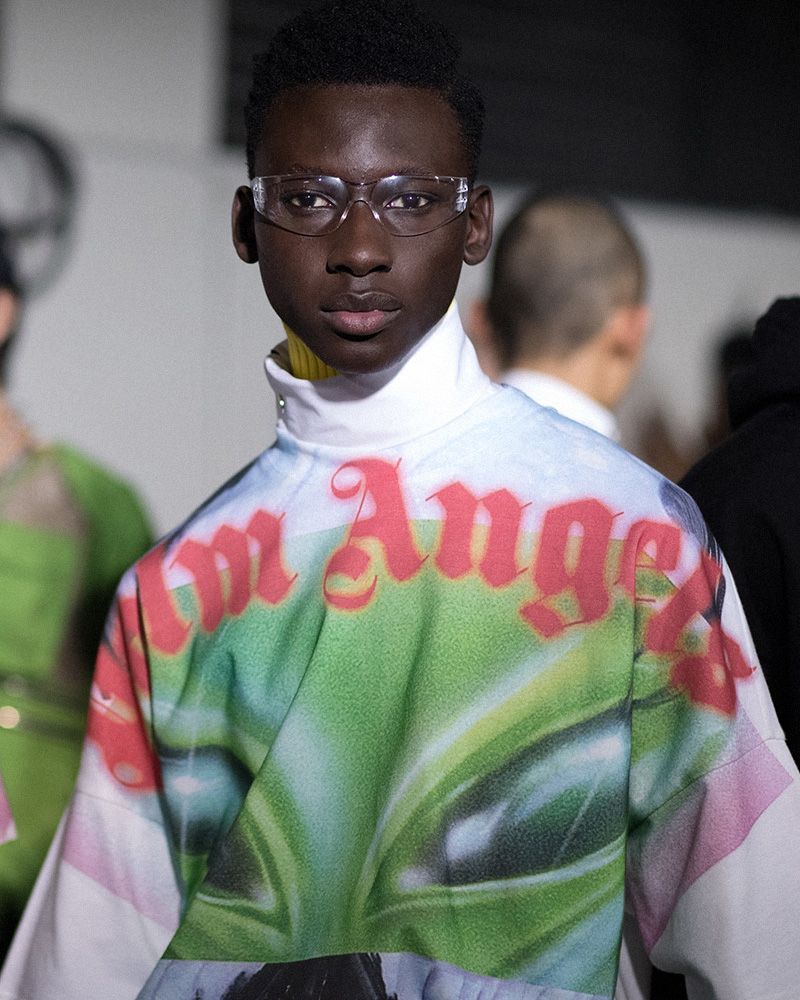 Former Moncler artistic director Francesco Ragazzi didn’t initially set out to create a label in Palm Angels. At first, the project took the form of just a much-buzzed about coffee table book featuring black-and-white photography of the Los Angeles skateboard scene. That laid-back Los Angeles vibe, however, inspired Ragazzi to launch his own line, mixing his Italian sartorial background with the same spirit he captured in his skate photographs around the city. It all adds up to a heavily romanticized version of late ‘90s West Coast nostalgia, but with the upscale glamour and touch that only Ragazzi could add to the line. Featured on Marcelo Burlon’s distribution and production company New Guards Group alongside Off-White, Heron Preston, Unravel Project, Palm Angels has access to some of the scenes most influential figures, which has buoyed its growth, and earned co-signs from A$AP Rocky, Playboi Carti, and Joe Jonas.

Palm Angels releases its debut unisex collection, which combines ‘70s skate culture with an unmistakably preppy chic that hadn’t really been done before.

Launches a capsule collection in collaboration with Playboi Carti. Also links up with Under Armour for a “Recovery” collection designed to help athletes recover faster after a workout while looking fresh. Debuts a collaboration collection with SUICOKE sandals. Opens its first flagship store in Hong Kong.

Drops another “Recovery” collection with Under Armour, this time featuring a $765 sneaker.

Show
Where is Palm Angels available to buy?

Palm Angels has its own online store, but it’s also stocked in 210 stores worldwide, including luxury retailers like Colette, Barney’s, and Saks Fifth Avenue among many others.

Show
Is there a Palm Angels women’s line?

The Best Palm Angels Shoes to Cop This Season
SneakerssponsoredJuly 18, 2022

Sponsored Story
Get Your Head in the Game With the Best Hats for the Beach
StylesponsoredJune 10, 2022

Ride into the Sunset in Palm Angels’ New Kicks
SneakerssponsoredMay 6, 2022

Sponsored Story
Bowling Shirts Are a Summer Essential & These Are Our Favorites
StylesponsoredApril 6, 2022