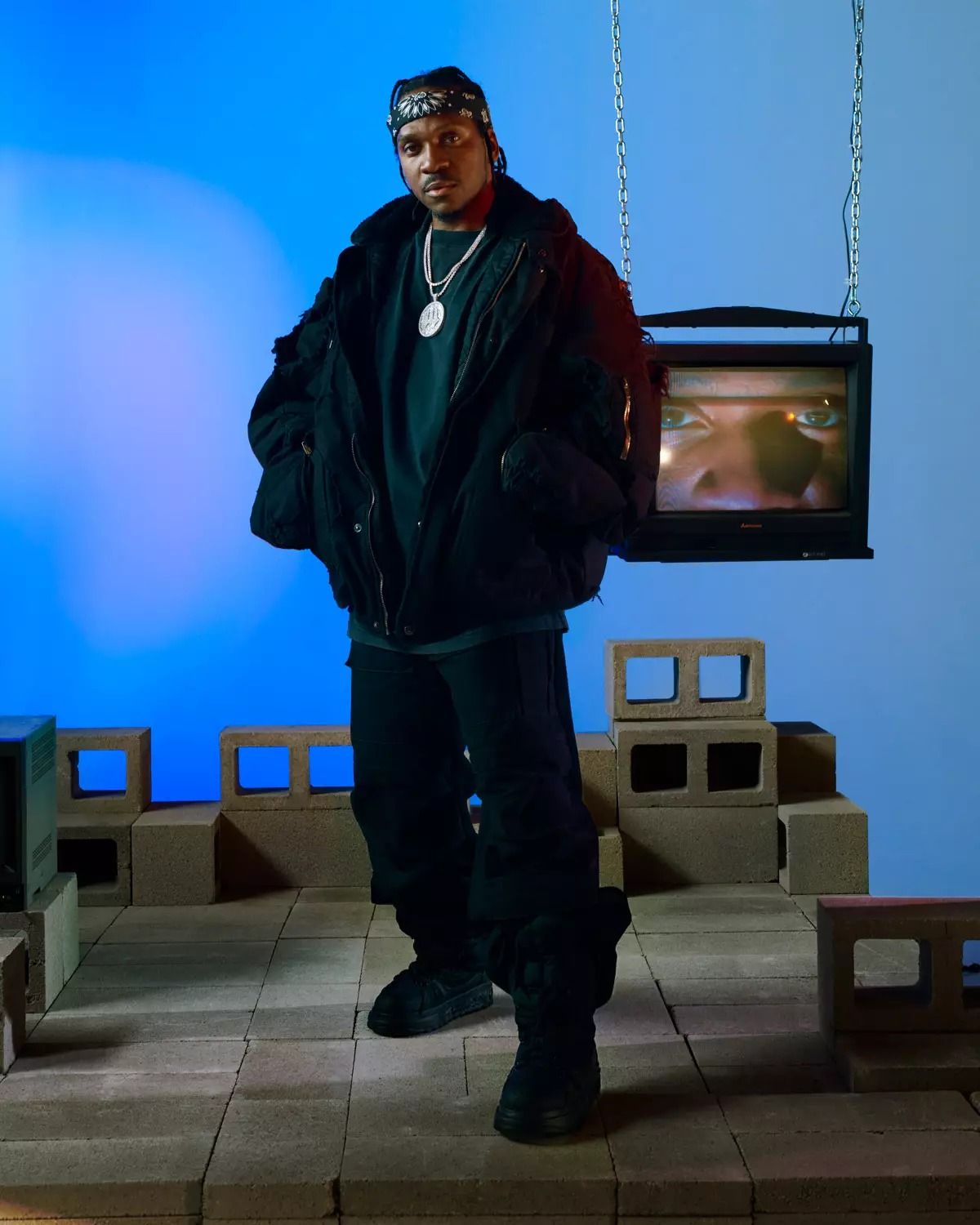 Pusha T first found fame as half of hip-hop duo Clipse, alongside his brother, fellow rapper No Malice. The pair founded Re-Up records together and after a string of acclaimed releases the brothers announced an indefinite hiatus to work on their solo ventures.

Since then, Pusha has established himself as a rap kingpin for his use of stylish wordplay, and of course, long-standing beef with Lil Wayne and Canadian rapper Drake.

What is Pusha T's net worth?

Pusha T is estimated to be worth around $15 million.

What are Pusha T's diss tracks?

Pusha T has a handful of diss tracks, most of which are aimed at Canadian rapper Drake.

What was Pusha T's first song?

Shortly after forming Clipse, Pusha T and his brother, with thanks to Pharrell Williams, secure a contract with Elektra Records.

They fully recorded their debut album, Exclusive Audio Footage, but with their first single a flop, the duo is dropped from the label and the album is cancelled.

Clipse signs with Pharrell’s Artista records. Their debut single “Grindin’” is a hit.

Clipse drop their commercial debut album, Lord Willin’, which debuts at number one on the Billboard R&B charts.

Clipse begin work on their second album Hell Hath No Fury but with a larger label merger on the way the duo become increasingly frustrated with the process and sue the label.

In response to label troubles, Pusha and his brother set up their own label Re-Up.

The pair release album Til the Casket Drops via Columbia records – but don’t see commercial success. The brothers announce an indefinite hiatus to focus on their solo projects.

Pusha’s beef with Lil Wayne and Drake begins. He releases “Exodus 23:1” featuring The-Dream amid speculation it was intended as a diss track aimed at Drake and Lil Wayne.

Lil Wayne retaliates with his own diss that Pusha brands as “horrible.”

Pusha T releases his debut solo album, My Name Is My Name to universal acclaim.

Pusha is appointed president of G.O.O.D. Music – taking over from founder Kanye West.

Pusha releases album King Push – Darkest Before Dawn: The Prelude, as a prelude to the hotly anticipated King Push.

Pusha T announces over Twitter that King Push is finally ready for release, but he has renamed it Daytona. The album quickly garners controversy with Kanye West spending $85,000 to acquire the cover art – a photo of Whitney Houston’s drug-filled bathroom. The tracks are released to critical acclaim.

Drake responds to track “Infrared” which address rumors his songs had been ghostwritten, with his own diss “Duppy Freestyle.” With the song earning mass media attention, Pusha retaliates with “The Song of Adidon” based on allegations that Drake is secretly the father of adult film star Sophie Brussaux’s newborn child.

Pusha T features on a version of Kanye West’s Donda.

Not Only Is Ye on Future’s Album, But DONDA Designed the Merch
CulturesponsoredMay 2, 2022

Everything You Need to Know About ‘I KNOW NIGO’