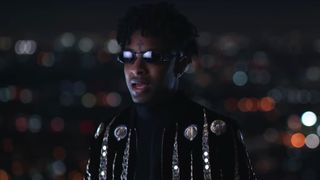 21 Savage just dropped the music video for his latest single, “Ball W/O You” off I Am > I Was. The Walu-directed visual kicks off at a nightclub where the rapper’s former partner is partying with friends before passing out in a bathroom stall. In contrast, the rapper appears in a meditative state, chilling in a balcony while gazing onto a city skyline as he spits bars about their past.

Later on in the video, he encounters a new woman, but seems to be conflicted about moving on. Talk about a dilemma! Enjoy all the drama in the video above. For more on 21 Savage, check out his recently released track “Mister” with Young Nudy.

Listen to 21 Savage’s Leaked Track “Come and Get Your Bitch”
MusicsponsoredAugust 19, 2019