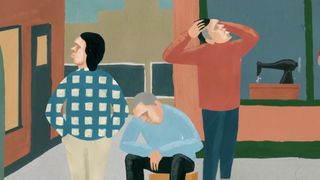 Established in 1999 with the aim of pioneering a unique vision of “timeless men’s clothing,” BEAMS PLUS has released an in-depth documentary explaining its expansive 20-year history. Having found its home in the stylings of quintessential America, BEAMS PLUS can be credited as one of the main protagonists who put contemporary Japanese fashion on the world’s radar.

In the video above, we learn that BEAMS PLUS is a tight-knit concept, aimed at revitalizing styles from between 1945 and 1965 – the so-called “golden era of America.” Materializing the very best of its chosen country’s style, the brand abides to designing what it calls the “four uniforms,” which consists of workwear, military wear, sportswear, and the traditional wear once adored by Ivy Leaguers.

With Japanese brands known for shrouding themselves in a certain mystery, BEAMS has very much bucked convention, as it opens up about the exact meaning of the “PLUS” behind its now widely-recognized name. Check out the video above for a lesson in timeless fashion.

UNKNWN Teams Up With Some of Streetwear’s Best to Celebrate New Miami Store
StylesponsoredDecember 6, 2019