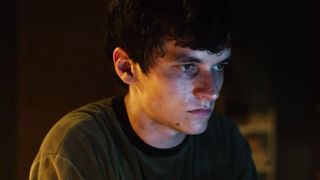 Regardless of the mixed reviews from critics, Netflix’s new interactive film Black Mirror: Bandersnatch has been the talk of social media since released on December 28. As fans continue to scatter to forums and Twitter threads to piece together the multiple endings, easter eggs, and hidden scenes, Netflix drops a behind-the-scene look at how the head-scratching, mystery-riddled film was crafted.

The featurette takes a closer look at all the planning and tech used to create the “choose your own adventure” storytelling format. The story itself follows a young programmer in 1984 who begins to question reality as he adapts a sprawling fantasy novel into a video game and soon faces a mind-mangling challenge.

The film features numerous story paths to embark on with reportedly 10 to 12 potential endings to the film. However, some endings may never be found according to director David Slade.

Watch the behind-the-scenes look at Black Mirror: Bandersnatch in the video above.

In other news, a young boy is possessed by a demon in new horror-thriller ‘The Prodigy’.

7 ‘Black Mirror’ Episodes That Are Likely to Become Reality in the Very Near Future
In-DepthsponsoredJune 11, 2019

‘Black Mirror’ Shares Trailers for Every Episode of Season 5
MoviessponsoredMay 21, 2019