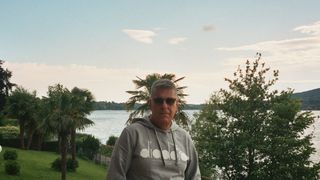 As summer gets into full, sweltering swing, you need a sound that’s right for the season. Luckily, Italy has got you covered. And as with all other artistic and creative output from that country—from the art itself to the fashion and, of course, the food—the Italians’ own brand of house music is up there in the long list of gifts they’ve given the rest of us.

Italo-house’s sound is euphoric, anthemic, breezy and absolutely banging in equal measures; if you’ve never heard or danced to it, it’s like the aural equivalent of being sunkissed on a Mediterranean beach, sipping champagne, with soft sand under your feet. Evolving from Italy’s own brand of “Italo-disco” music that swept across dancefloors from the late ’70s and through the ’80s, what became known as Italo-house was a far more electronic, piano-driven beat. While still very melodic, its driving deep basslines and smooth synth pads nodded to Chicago house but with altogether hotter and more glamorous sheen.

“I don’t know if Italo-house was created from the rejection of Italo-disco,” explains legendary producer Don Carlos. “I’m only saying that at the end of the ’80s disco music had run its course.”

While this covered the sound, there was also another more visual and sartorial story going on at the same time— as much an expression of style as it was a simple statement of practicality. Whereas people that made up the Italo-disco crowd were known for their flamboyant dress sense, house nights saw a far more casual, athletic look. Sportswear and sneakers became a core tenement of the dance floor. One didn’t necessarily lead to the other; they both occurred separately at the same time. However, they joined on the dance floors where heavier house music was spun. ”

“I don’t think it’s a coincidence that with the outbreak of house music, and specifically Italo-house, we began to see the start of oversized t-shirts, streetwear, and sneakers in the clubs,” explains Mattero Cavicchia, music journalist at Soundwall.

And, of course, a lighter sense of style and the tech inherent within sportswear made sense if you were dancing in the Mediterranean heat or in the depths of countless Italian and European clubs to sounds that pounded harder than ever before.

Now, the Italo-house sound is enjoying a comeback (although some argue it never really went away) both within its original home country through nights, collectives, and labels such as Naples’s Early Sounds Recordings or Periodica Records.

“I believe that today’s comeback of Italo-house after many years of those tracks being produced,” explains Cavicchia, “is mainly tied to the fact that clubgoers feel the need to escape an oppressing society, from a sense of instability and insecurity, and nothing is better than the joyful sound and desire to party that Italo-house gives people.”

Further afield, clubs, parties, and new emerging acts such as the Berlin-based Italian producers Nu Guinea are also pushing a revitalized version of Italo-house for 2018.  “It’s pretty active now,” adds Lucio of Nu Guinea. “There are so many promoters doing parties.”

At the same time, the look of the era has also undergone a renaissance, with Italian sportswear brands like Diadora and their trademark designs, logos, and looks reemerging as inspiration for countless contemporary designers, as well as being rediscovered by people on secondhand forums, sites, and Instagram accounts.

Our latest film with Diadora to celebrate the quintessential Italian label’s 70th anniversary looks at what the birth of the Italo-house scene looked like, what it was like to listen to and experience for the first time, as well as its legacy and impact on music and style today.

For more on Diadora , its collections, and its special releases marking 70 years in the business, check out diadora.com and stay tuned to @diadoraofficial and @diadoralifestyle.

Listen to Resident Advisor’s playlist of essential Italo-house, below.

Sold Out at Diadora