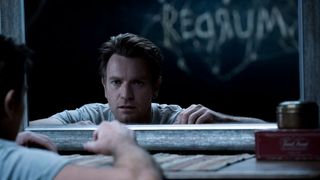 The final trailer for Doctor Sleep has landed and it looks like the titular character (Ewan McGregor) is readying himself to return to the Overlook Hotel. Watch above.

The film is based on Stephen King’s novel of the same name and serves as a sequel to The Shining. The new trailer makes the connection to the Stanley Kubrick-directed predecessor obvious, featuring snippets from the iconic original such as Grady’s Daughters (aka the creepy twins) and Danny Torrence biking around the hotel.

In the prequel, Doctor Sleep is a grown up Danny Torrence, who remains plagued by his experience as a child. He ends up joining forces with a young girl who hones physic powers and it looks like both of them will be taking down a group of villains with superpowers. How they intend to do this, however, remains to be seen.

Doctor Sleep is directed by Mike Flanagan (The Haunting of Hill House, Gerald’s Game) and stars Rebecca Ferguson (Life) and Jacob Tremblay (Room) alongside McGregor. The film will land in theaters nationwide later this year on November 8.