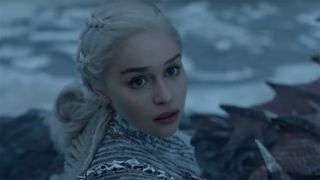 The eighth and final season of Game of Thrones is scheduled to arrive in just a couple of weeks. For those who may need a refresher on everything that has gone on up until this point, or for anyone who has yet to start the acclaimed series, ScreenCrush presents a quick recap leading up to the new season.

Game of Thrones has been airing on HBO for seven seasons, now totaling 67 episodes. This of course means that there is a lot to unpack in ScreenCrush’s 12-minute recap. They chose not to delve into the many characters that have been killed off, because, there is really no point going into season eight, ScreenCrush insists.

If you’ve yet to watch any of HBO’s Game of Thrones, be forewarned, there are tons of spoilers in the on-hand video. Nonetheless, you can enjoy a recap of seasons one through seven by pressing play above.

Don’t forget, Game of Thrones season eight premieres on HBO on April 14. Will you be tuning in?