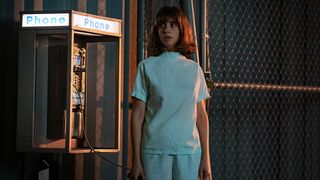 Brie stars as Sarah in Horse Girl, a socially awkward arts and crafts store employee who rarely ventures outside her comfort zone. As Netflix puts it, she is more at ease in the company of horses and supernatural crime shows than actual people.

The movie quickly picks up as Sarah begins to experience a series of strangely surreal dreams leading her to question her perception of reality. According to the synopsis, the darkly humorous psychological thriller centers around a woman’s search for the truth.

Molly Shannon, Debby Ryan, John Reynolds, John Ortiz, Paul Reiser, and Jay Duplass star alongside Brie in Horse Girl, which is directed by Jeff Baena and written by Baena and Brie. The film comes to Netflix and select theaters February 7.

You Could Soon Stay at Otis Milburn’s House From Netflix’s ‘Sex Education’
DesignsponsoredMarch 12, 2020