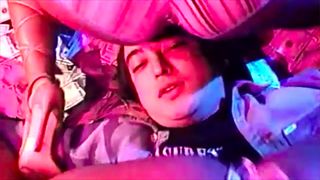 Following his earlier 2018 solo release of “Windows,” Joji is back with a new jam in “Yeah Right.” The versatile creative has in turn chosen to unleash the tune to the world via an official music video.

The song is a noticeably melancholic affair, as Joji croons, “I’ma fuck up my life.” The visual, courtesy of 88rising, then showcases a selection of home video-style footage, with Joji sandwiched in between two strippers.

As a followup to last year’s In Tongues, you can look forward to much more new material on the way from Joji.