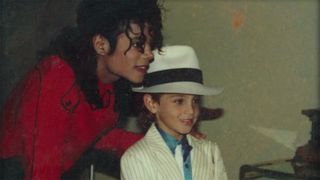 Following a premiere last month at the Sundance Film Festival, HBO releases the official trailer for its new Michael Jackson documentary, Leaving Neverland. The two-part film details the stories of James Safechuck and Wade Robson, two men who claimed to have been sexually abused by Jackson when they were young boys.

HBO points out that the experiences of Safechuck and Robson — now 37 and 41, respectively — were separate, but unequivocally parallel. After being befriended by Jackson and brought to Neverland Ranch, the two were reportedly sexually abused at the ages of 10 and 7.

Leaving Neverland features emotional interviews with Safechuck and Robson, as we also hear from their mothers, wives and siblings. The documentary explores the complicated feelings that led each man to confront their experiences with Jackson, after they both had sons of their own.

Since Leaving Neverland‘s premiere last month, Jackson’s estate has referred to the film as “tabloid character assassination,” going on to call Safechuck and Robson “perjurers.” Director Dan Reed also says that he’s received death threats because of the project.

The Michael Jackson Episode of ‘The Simpsons’ Has Been Pulled
MusicsponsoredMarch 9, 2019

Michael Jackson’s Music Has Been Dropped From Radio Stations
MusicsponsoredMarch 7, 2019