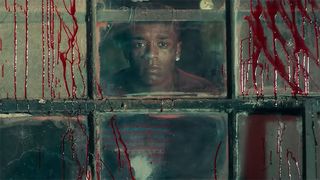 Lil Uzi Vert goes full Blade in the newly released video for his single, “Sanguine Paradise,” which dropped back in April. Watch above.

The video finds Uzi in New York City, wandering the streets at night and happening across a nightclub that, as he soon discovers, is full of vampires.

Clocking in at just over four-minutes, the bloody visuals wrap with Uzi donning a Wesley Snipes-esque full leather trench and blowing some Vampy brains out.

Uzi has dropped a number of new tracks this year. “Sanguine Paradise” aside, the rapper has released, “Free Uzi,” Extendo,” ‘That’s a Rack,” “Slayerr,” and more. The world eagerly awaits his much-delayed album Eternal Atake.