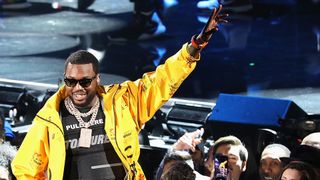 Meek Mill headlined the 2019 NBA-All Stars Game in North Carolina last night. The crowd was treated to a performance of Mill’s Phil Collins-sampled “Intro” from his appropriately titled Championships album. The Philly rapper chose to perform “Uptown Vibes” to introduce Team Giannis and “Dreams and Nightmares” for Team LeBron.

The half-time slot was taken up by North Carolina native,  J. Cole who played his KOD track “ATM” and more recent single “Middle Child.” Midway through his performance Cole took the opportunity to shoutout fellow rapper, 21 Savage, who was recently arrested by US Immigration and Customs Enforcement (ICE) due to his living in the US with an expired visa. Take a look at the performance below. 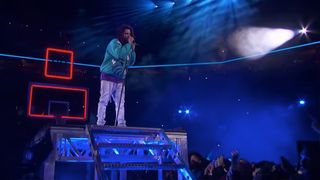 J. Cole Says His Verse on Gang Starr’s New Song Will Be His Last Feature
MusicsponsoredSeptember 21, 2019