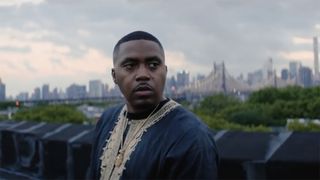 Five months after releasing NASIR, Nas has returned with a new short film via via Mass Appeal/Def Jam Recordings. The rapper stars alongside Slick Rick and Demarius Mack in the Rohan Blair-Mangat-directed visual which features seven tracks from the full-length album of the same name.

Aside from the music, NASIR sheds light on social and economic issues affecting the Queens community that are frequently referenced on the project like racism and police brutality. The film clocks in around 16 minutes long. Watch it all unfold above.

In other music news, Kanye has delayed his ‘YANDHI’ album once again. Find out why here.