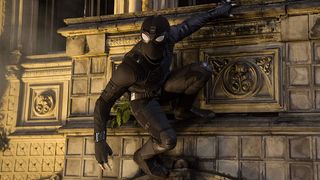 While the trailer is ostensibly to promote the home release of the movie, it could also be seen as a subtle jab at Marvel Studios, following the MCU split.

Last month, Sony and the Disney-owned Marvel Studios controversially split, abruptly ending Spider-Man’s role in the Marvel Cinematic Universe. Since the Night Monkey moniker was created in Spider-Man: Far From Home during the superhero’s brief tenure in the MCU fans speculated whether the character could remain Marvel’s. Apparently not, since Sony controls the rights to Spider-Man it seems like it also owns Night Monkey.

Spider-Man: Far From Home is available now on digital downloads and on Blu-ray and 4K Ultra HD October 1.