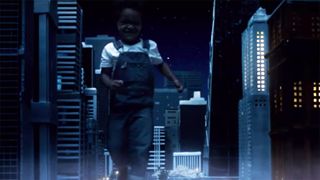 Noname has made her formal music video debut with a short film for “Blaxploitation.” The track was featured on the Chicago rapper’s sophomore album Room 25 that dropped back in September. The Alex Lill-directed visual is a cinematic affair that showcases clips from various blaxploitation movies including D’Urville Martin’s 1975 crime film Dolemite.

Last month, Noname made her late night television debut on The Late Show with Stephen Colbert where she performed a three-song medley. Next month, she’ll embark on a North American headlining tour starting in Detroit. Scroll down for the full list of dates and order tickets right here.