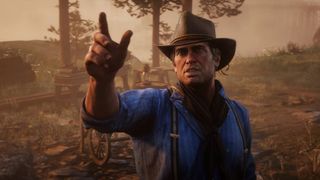 Ahead of next week’s release, Rockstar Games shares the official launch trailer for Red Dead Redemption 2, providing us with one last look at the anticipated title.

Set in America in 1899, at the beginning of the Wild West era, Red Dead Redemption 2 stars Arthur Morgan, a debt collector for the Van der Linde gang. Following a robbery gone awry, the gang is forced to flee, with federal agents and the best bounty hunters hot on their trail. Now, the fellas must rob, steal, and fight in order to survive.

Red Dead Redemption 2 arrives for PlayStation 4 and Xbox One on October 26. You can pre-order a copy now.