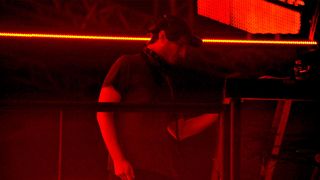 After releasing “Pressure” earlier in July, LA producer RL Grime shares his latest single “Light Me Up” featuring Miguel and Julia Michaels, taken from his upcoming album NOVA, due out Friday, July 27.

The mellow and uplifting mood of the single hears the duo sing about supporting each other through hards times, as RL embraces his pop mastery, with the pockets he creates for the emotive vocal performances fitting perfectly atop the kinetic production.

Once more, RL Grime’s NOVA will make its debut on July 27, and features the likes of Miguel, Chief Keef, Ty Dolla $ign, and Joji, among others.

In case you missed it, have a listen to “Pressure” below.

In other music news, Joji flies through the sky in his “Head in the Clouds” video.