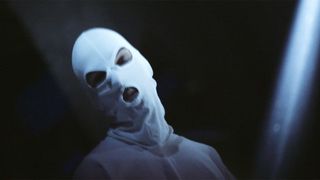 The year was 1991. The USSR had just collapsed and newly acquired freedom reigned down on Russia’s raucous population of squats, punks, and avante-garde artists. St. Petersburg, once the country’s capital for nearly two centuries, became an emerging hub for Russia’s rebellious art and dance scenes.

St. Petersburg was the first Russian city to adapt club culture in the late 1980s with the start of underground rock clubs and art centers. But the dissolution of the Soviet Union opened up Russia to the rest of the world, and with it included western influences like rebellious fashion that adults didn’t understand and endlessly repetitive dance music known as rave.

Russia’s nascent rave scene of the ‘90s propelled the genre to new heights, and a country who’s never been exposed to such free-spirited music grappled with the aftermath of sudden autonomy.

Much like the American hardcore punk scene that flourished a decade earlier 4,000 miles away in Boston, these movements were representative of a burgeoning youth sentiment that was fed up with the status quo and were eager to latch on to something bigger than themselves. The players in these pivotal movements—movements that, like the New Balance 574 sneaker, embody the spirit of independence and have transcended time—didn’t realize what they ignited would influence Russian youth for decades to come.

With the influx of western influence seemingly unfettered, a man named Igor Shulinsky has been credited with introducing rave culture to Moscow by opening one of the first clubs dedicated to this genre in 1994—Ptyuch.

It wasn’t long before Ptyuch eventually manifested into a magazine of the same name, which would go on to become one of the most important publications in Russian rave culture. “Moscow was very dark, like a small German town, and we wanted to brighten everything up, ignite a fire,” Shulinksy explained. “This is how we built the club [Ptyuch], how we made the magazine, and by that time we became the mecca, the main source of information for everyone who lived in Russia.”

Another influential publication that set the benchmark on youth culture was OM magazine founded by Igor Grigoriev in 1995. If Ptyuch was strictly about the rave scene then OM was all about youth culture at large that introduced Russian teens to cutting-edge fashion and music that was already popular overseas. “It felt like the hungry people received the foods, and just ate everything that was coming here from the west,” Grigoriev explained.

The founders of these publications, along with a wide supporting cast of former revelers, club promoters, and musicians, all helped to paint a clearer picture of how the fledgling rave scene in post-Soviet Russia allowed a new generation of youth to connect to the western world and beyond. Watch our mini-documentary above to see the full story and how it all unfolded.

15 Drops
The 15 Best Products to Drop This Holiday & Where to Buy Them
DesignsponsoredDecember 8, 2019