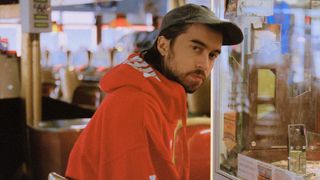 After a two year hiatus, (Sandy) Alex G returns with “Gretel,” the lead single off his newly announced album, House of Sugar. The long-awaited project is due out on September 13 via Domino Recording Company and follows his 2017 album, Rocket.

Back in 2016, Alex G attracted a new fan base by collaborating with Frank Ocean on Endless tracks “Slide On Me,” “Rushes,” “Higgs,” and “Wither.” The Philadelphia-based musician would go on to reveal that he played guitar on Blonde‘s “Self Control” and “White Ferrari” as well. The following year, Ocean recruited Alex G to be a part of his supporting band for a series of festival performances.

House of Sugar marks Alex G’s ninth studio record and is available for pre-order here. Watch the song come to life at the derby in the Zev Magasis-directed video above.

There Are No Skips on Polo G’s New Album ‘The GOAT’
MusicsponsoredMay 15, 2020