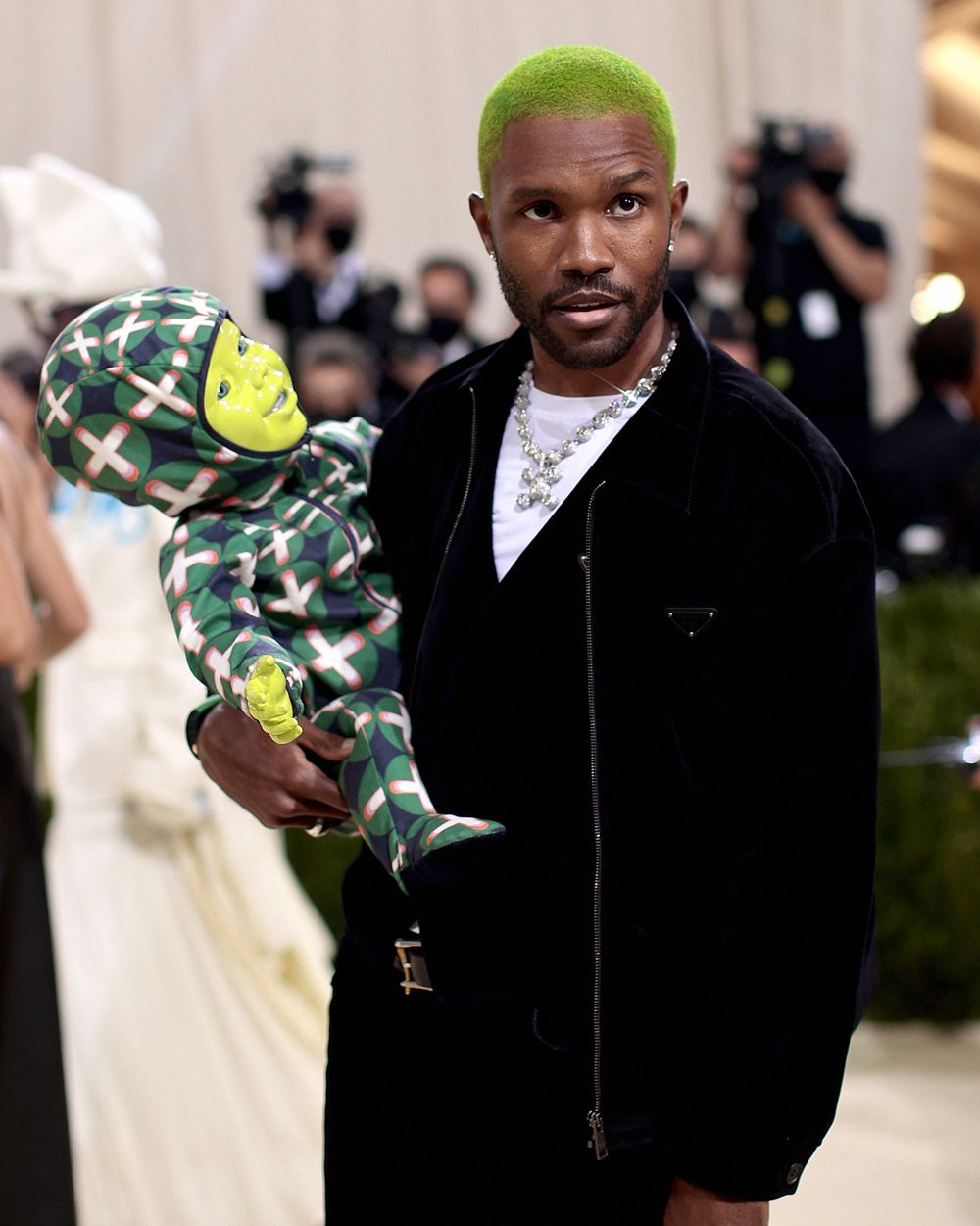 Frank Ocean is an American rapper and songwriter. Originally finding a musical career songwriting for other artists and as a member of the controversial hip-hop collective Odd Future, Ocean has since carved his own niche in the hip-hop world with a penchant for melodic tracks.

When is Frank Ocean's birthday?

Where is Frank Ocean from?

Frank Ocean was born in Long Beach, California. His family moved to New Orleans, Louisiana when he was five years old.

What is Frank Ocean's net worth?

Frank Ocean’s net worth is estimated at $13 million.

What are Frank Ocean's biggest albums?

Frank Ocean has to date released only two studio albums and one mixtape.

He has released 18 singles and appeared on countless collabs and tracks from the biggest names in hip-hop including Kanye West, Jay-Z and ASAP Rocky.

Hurricane Katrina strikes the Gulf Coast. One of the deadliest hurricanes in US history, it takes down Ocean’s personal home recording studio and leaves Louisiana in ruins, forcing Ocean to move to Los Angeles.

Ocean moves to Los Angeles to pursue a music career with the promise of discounted studio time. Ocean adopts the pen nam Lonny Breaux and begins to write lyrics and melodies for major-label artists like Justin Bieber and John Legend.

Ocean self-releases mixtape Nostalgia, Ultra for free download via Tumblr. It is met with high acclaim.

Ocean appears in the music video for Tyler, The Creator’s “She.” Frank Ocean performs with Odd Future for the first time at Coachella 2011.

Ocean is enlisted to contribute vocals for Jay-Z and Kanye West’s Watch The Throne.

A track titled “Thinkin Bout You” leaks on the internet. It’s revealed the song was a reference track Ocean had written for Bridget Kelly’s debut album. Kelly releases the song under the title “Thinking About Forever.”

Ocean appears on the cover of The Fader.

Ocean announces his debut album’s lead single would be the previously leaked “Thinkin Bout You.” Ocean’s debut Channel ORANGE is released. It debuts at number two and sells 131,000 copies in its first week and earns Ocean six Grammy Award nominations.

Ocean makes headlines when he reveals his first love was a man after publishing an open letter on his Tumblr blog. Originally intended for the liner notes of Channel ORANGE, the letter recounts unrequited feelings he had for another man he cites as his first true love. Members of the hip-hop industry voiced their support.

Ocean announces he has begun work on his second studio album, working with Tyler, The Creator, Pharrell Williams and Danger Mouse.

Ocean hints at a possible second album with an image of a library card labeled Boys Don’t Cry. A seemingly endless live stream appears on website boysdontcry.co. The stream shows Ocean woodworking and playing instrumentals on a loop.

Weeks later, the live stream is accompanied with music and at midnight, a link towards a project called Endless. The visual album would be Ocean’s final release with label Def Jam.

Ocean releases his second studio album Blonde. It debuts at number one in the United States and the UK. The vivdeo for “Nikes” launches on Ocean’s webpage.

After the Pulse nightclub shooting in Orlando, Florida, Ocean publishes an essay expressing his sadness and frustration regarding the event, discussing his first ever experience of biphobia at the hands of his father.

Ocean releases singles, “Chanel,” “Biking,” featuring Jay-Z and Tyler, The Creator, as well as “Lens” and “Power” and remixes from Endless.

All tracks he debuts on Blonded Radio. Ocean publishes a photo essay, “New 17,” in i-D magazine.

Ocean appears in Grand Theft Auto V as himself on an in-game radio station, blonded, with several of his own songs appearing in the in-game soundtrack.

Ocean airs midterm election specials of Blonded Radio. New merchandise was offered to those who could prove they voted in Houston, Atlanta, Miami and Dallas with the shows themselves offering political discussion.

Frank Ocean Wants You to Ice Out Your Manhood
StylesponsoredAugust 8, 2022

Frank Ocean Does Summer Gorp The Only Way He Knows, By Doing The Least
StylesponsoredJuly 27, 2022

Frank Ocean & His Jewelry Brand Want to Listen to Your Music
StylesponsoredJuly 15, 2022

Frank Ocean’s Next Non-Music Mission: An A24 Film (Possibly)
CulturesponsoredJune 4, 2022

Team Highsnobiety Speaks: the Most Memorable Met Gala Looks of All Time
CulturesponsoredApril 27, 2022