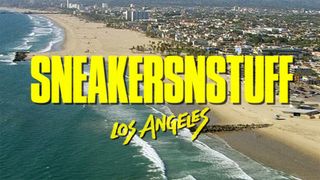 Sweden’s Sneakersnstuff is headed to the West Coast. The premier sneaker retailer has announced a new Los Angeles flagship location, its second boutique after opening a New York City store in 2017. SNS also has other brick and mortar locations in Stockholm, London, Paris and Berlin.

The new California store boasts a 3,450-square-foot space based in Venice Beach, with its design fulfilled by the retailer’s official design architect, Jenny Askenfors of Bofink Designstudio. Similar to the New York City location, consumers will be treated with a variety of rare installations and artwork, while carrying a bevy of exclusive inventory. They will also carry the brand’s own SNS branch, in addition to heavily sought after collaborations exclusive to Sneakersnstuff.

Sneakersnstuff’s Los Angeles location is slated to open in December. For more details, head over to the brand’s official website.

Palace Gives Us a Look Inside Its New Los Angeles Store
StylesponsoredApril 17, 2019