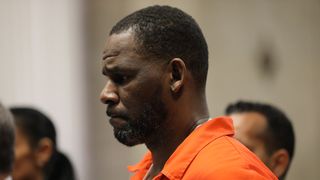 Lifetime gives us our first look at the sequel to its eye-opening 2019 documentary series, Surviving R. Kelly. Surviving R. Kelly Part II: The Reckoning finds the victims of R. Kelly’s abuse continuing to speak out against their tormentor.

The first trailer for part two of Surviving R. Kelly includes interviews with multiple survivors as well as those close to R. Kelly. Damon Dash appears in the lengthy preview to proclaim, “Whoever’s acting like they didn’t know is lying,” while Kelly’s ex-girlfriend Dominique Gardner is also featured.

Since the release of Surviving R. Kelly, the now 52-year-old singer-songwriter has been dropped from his record label and removed from albums he was previously featured on. He is expected to go on trial in 2020 for multiple charges of sexual misconduct and abuse.