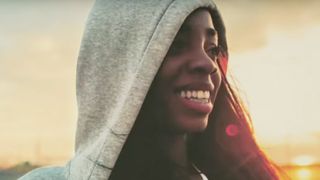 As part of TED‘s “Small Thing Big Idea” series, Paola Antonelli — senior curator of architecture and design and director of research and development at NYC’s Museum of Modern Art — delivered a three-and-a-half minute talk about the history of the hoodie.

While the hoodie is not something you’d usually associate with Ancient Greece, in her clip, Antonelli weaves the garment’s fascinating story and all the “different universes” it has inhabited over the centuries.

Falling on both the good and bad sides of history, we’re led through a lineage that encompasses 17th-century women using the hood to hide when meeting secret lovers, the grim reaper, ’80s hip-hop, Mark Zuckerberg, and how the hoodie became an icon of anti-discrimination after the killing of Trayvon Martin.

Watch Antonelli’s mini TED Talk in full up top and then let us know what you think in the comments.

Now, make some history of your own with our 10 must-have hoodies to shop at SSENSE right now.

Learn About adidas’ 70-Year History With This New Book
SneakerssponsoredOctober 28, 2019

20 Black-Owned Brands to Shop All Year Round
SelectssponsoredFebruary 24, 2020