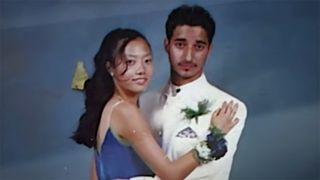 This spring, HBO is premiering its new docu-series, delving into the 1999 disappearance and murder of Baltimore County high school student Hae Min Lee and the subsequent conviction of her ex-boyfriend Adnan Syed. The case garnered much attention in recent years due to Sarah Koenig and Julie Snyder’s critically-acclaimed podcast, Serial.

Directed by Academy Award nominee Amy Berg, HBO’s anticipated four-part docu-series is titled The Case Against Adnan Syed. The program centers around Syed’s questionable murder conviction, which over time has resulted in an appeal and a new trial. Viewers will be brought up to speed on the new evidence highlighted in the Serial podcast, while learning about the latest in Syed’s ongoing legal battle.

The Case Against Adnan Syed has been in production since 2015, and is due out via HBO this spring. Get your first look at the upcoming docu-series above.

The closer you look, the more you see. #TheCaseAgainstAdnanSyed is coming soon to @HBO. pic.twitter.com/ixyDcJowrj

Meet the New ‘Hellboy’ Characters in This Action-Packed Teaser
MoviessponsoredApril 2, 2019

Everything You Need to Know About the New Matrix Movie, ‘The Matrix 4’
MoviessponsoredOctober 16, 2019