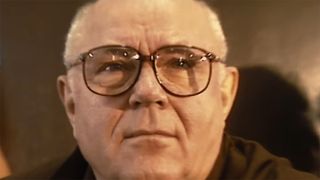 Early next month, Netflix will be premiering its new docu-series, The Devil Next Door, which delves into the true story of John Demjanjuk, who is presumed to be the infamous Nazi death camp guard referred to as “Ivan the Terrible.”

The story picks up as Demjanjuk, a retired Ukrainian-American autoworker, lives peacefully with his family in Cleveland, Ohio. It’s only when a group of Holocaust survivors identifies a photograph of Demjanjuk as “Ivan the Terrible” that he is extradited to Israel to stand trial for the alleged crimes. It is said that Demjanjuk is responsible for the torture and murder of nearly one million Jewish prisoners during World War II.

To no surprise, the trial in Jerusalem quickly gained global attention, as the case brought up dark memories and the horrors of war, and soon became a race against time for both Demjanjuk and his alleged victims.

The Devil Next Door is directed and produced by Daniel Sivan and Yossi Bloch. The five-episode series comes to Netflix November 4.

Kanye West to Appear on David Letterman’s ‘My Next Guest Needs No Introduction’
MusicsponsoredMay 16, 2019

The Next Door Goes From City Streets to Wooded Trails to Showcase adidas Terrex Collection
SneakerssponsoredOctober 23, 2019
What To Read Next
Load More
Search Results
Load More