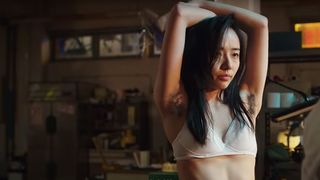 The second trailer for Netflix‘s The Naked Director has just arrived and it’s based on the true story of filmmaker Toru Muranishi and Japan’s adult film industry. Watch above.

The first full trailer which dropped in mid-June gave us a taste of the excess that attended Japan’s “bubble” era, watch it below.

The Naked Director stars Takayuki Yamada (Isle of Dogs), Shinnosuke Mitsushima (The Big White Tower), and Tetsuji Tamayama (The Vulture). Masaharu Take (The Gun) directs the project, which is slated to land on Netflix on August 8.

Watch the Trailer for ‘The Babadook’ Director’s New Revenge Thriller ‘The Nightingale’
MoviessponsoredMay 23, 2019