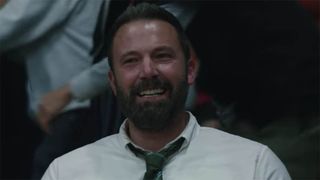 Ben Affleck is back working with Gavin O’Connor, director of The Accountant, in a new Warner Bros. movie titled The Way Back. This week we get our first look at the drama, which is due out in theaters in March of next year.

Affleck portrays Jack Cunningham in The Way Back, a former high school basketball standout whose best days are seemingly behind him. Destined for greatness, Cunningham chose to walk away from a full university scholarship, ultimately leading to a life of addiction. Years later, Jack has lost his marriage due to alcoholism, but when asked to coach the basketball team at his alma mater, he reluctantly accepts. He begins to confront his demons as the group of high school misfits comes together as a team and starts winning.

Al Madrigal, Michaela Watkins, Janina Gavankar, and Glynn Turman star alongside Affleck in The Way Back, which releases March 6, 2020.

Lil Baby Just Gave Back to His High School in a Super Generous Way
MusicsponsoredMarch 5, 2020