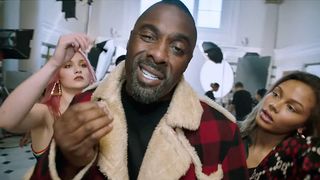 About a week ago, Wiley hit back at Skepta with his diss track “Don’t Bread Me.” Following that spicy exchange, the grime MC has dropped a music video for his latest single “Boasty” featuring Idris Elba, Sean Paul and Stefflon Don. All of the collaborators appear in the Henry Schofield-directed visual with the exception of Wiley—instead, he convinces a pupil to fill in for him.

Aside from that, all anyone really needs to know about this video is that there’s an amazing scene where Elba raps about DJing the royal wedding of Prince Harry and Meghan Markle. Of course, this wasn’t Elba’s first time behind the deck—he plays a struggling DJ in the forthcoming Netflix’s comedy series Turn Up Charlie. Watch the full video above.

“The Ballad of Jesse Pinkman” Is a Hilarious Look at His Relationship With Walter White
MoviessponsoredOctober 11, 2019
Follow
Highsnobiety Music
What To Read Next
Load More
Search Results
Load More