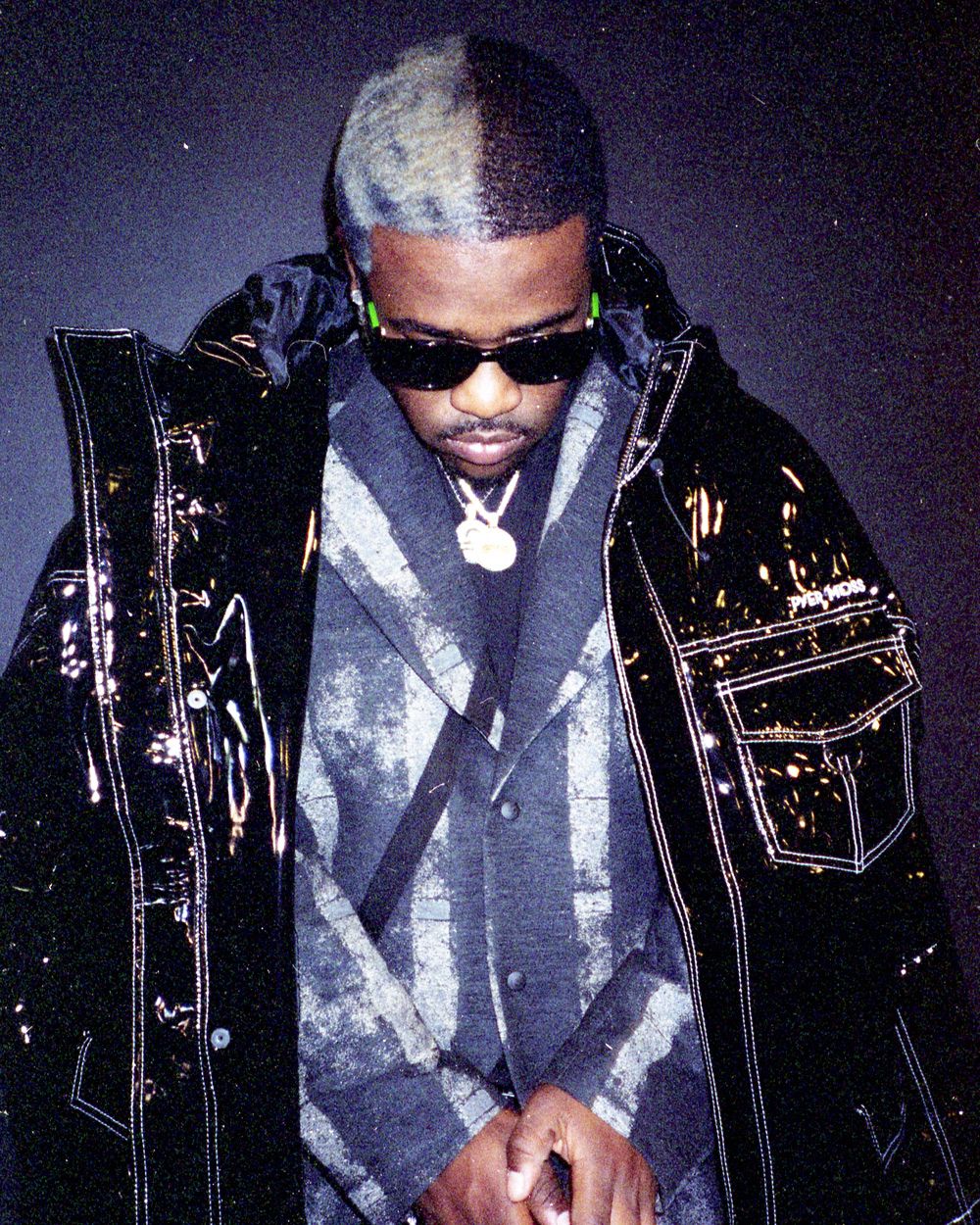 Darold Durard Brown Ferguson Jr, known worldwide as A$AP Ferg, is a rapper and songwriter from Harlem, NYC. Aside from a blinding solo career, he is also a member of heavyweight hip-hop collective A$AP Mob, alongside fellow rap superstar and long-time friend A$AP Rocky. In tune with the multi-disciplinary zeitgeist, Ferg is also an accomplished designer and artist with deep-running fashion roots – his swag and big personality making him a permanent fixture on the fashion circuit – and we’ve tapped him more than once as one of the best dressed celebs.

Before he got into music, Ferg was introduced to fashion by his father, who was a recognized designer with a clothing shop in Harlem. His father taught teen Ferg silk-screen printing (and also famously designed the logo for behemoth Bad Boy Records).

In junior high school Ferg started making and selling T-shirts, and during his time in high school for art and design in Manhattan he taught himself how to make belts. His first line, Devoni Clothing in 2005, produced high-end accessories, which ended up on celebrities such as Chris Brown.

At the same time he was showing off his lyrical prowess in battles around town, and in 2010 he was persuaded to join his friends A$AP Rocky and the late A$AP Yams forming the A$AP Mob collective.

In 2012 Ferg launched his streetwear label Trap Lord, which had initially started out as tour merch, but would grow as his music star rose to prominence.

He put out his debut album Trap Lord the following year, which was met with raving reviews peaking at number nine on the Billboard 200. (Singles “Work” and “Shabba” have stacked up 100 mil and 88 mil views on YouTube since.)

His single “Dope Walk” dropped in 2015 with an accompanying video – and dance choreographed by Ferg – that he shot on his phone during fashion week. It features stars such as Cara Delevingne, Kanye West, Jeremy Scott, A$AP Rocky and Alexander Wang, and birthed a viral dance craze.

The following year Ferg released his sophomore studio album, the autobiographical Always Strive and Prosper, with A-list features from Missy Elliott, Future, Migos, Ty Dolla $ign and Skrillex amongst others, which is considered his most complete work to date. It peaked at number two on the US Top R&B/Hip-Hop Albums.

Hot off the heels of this, Ferg released his second mixtape, Still Striving in 2017– tapping the likes of A$AP Rocky, MadeinTYO, Meek Mill, Playboi Carti, French Montana, Rick Ross, and Snoop Dogg for features – with single “Plain Jane” as lead. The single got a further boost by a Nicki Minaj remix, and the video revealed Ferg’s passion for bikes. The same year he also unearthed a Trap Lord sneaker collaboration with adidas and he also teamed up with Chid Liberty’s socially conscious label UNIFORM for a capsule collection, which provides children in Liberia with school uniforms.

In 2018 he broke new ground as the first-ever male rapper to become brand ambassador for Tiffany & Co, and also partnered with Redline Bikes for a BMX collab.

Another notable collaboration is the 2019 Step Out of Line campaign by beauty staple Revlon, premiering Ferg’s track “Wam.” This year also saw the release of his Floor Seats EP, including the highly anticipated single “Pups” together with A$AP Rocky, and the single “Wigs” – teaming up with City Girls/ANTHA and Asian Doll respectively.

What Does the Durag Actually Signify in 2022?

With Jewelry For Your Waist, A$AP Ferg Shows Another Side
StylesponsoredNovember 9, 2021

A$AP Ferg Is Still Part of the A$AP Mob… According to A$AP Ferg
CulturesponsoredSeptember 2, 2020

A$AP Ferg’s House Is Full of Wild Ceramics, Take a Look Inside & Shop Them
DesignsponsoredApril 27, 2020