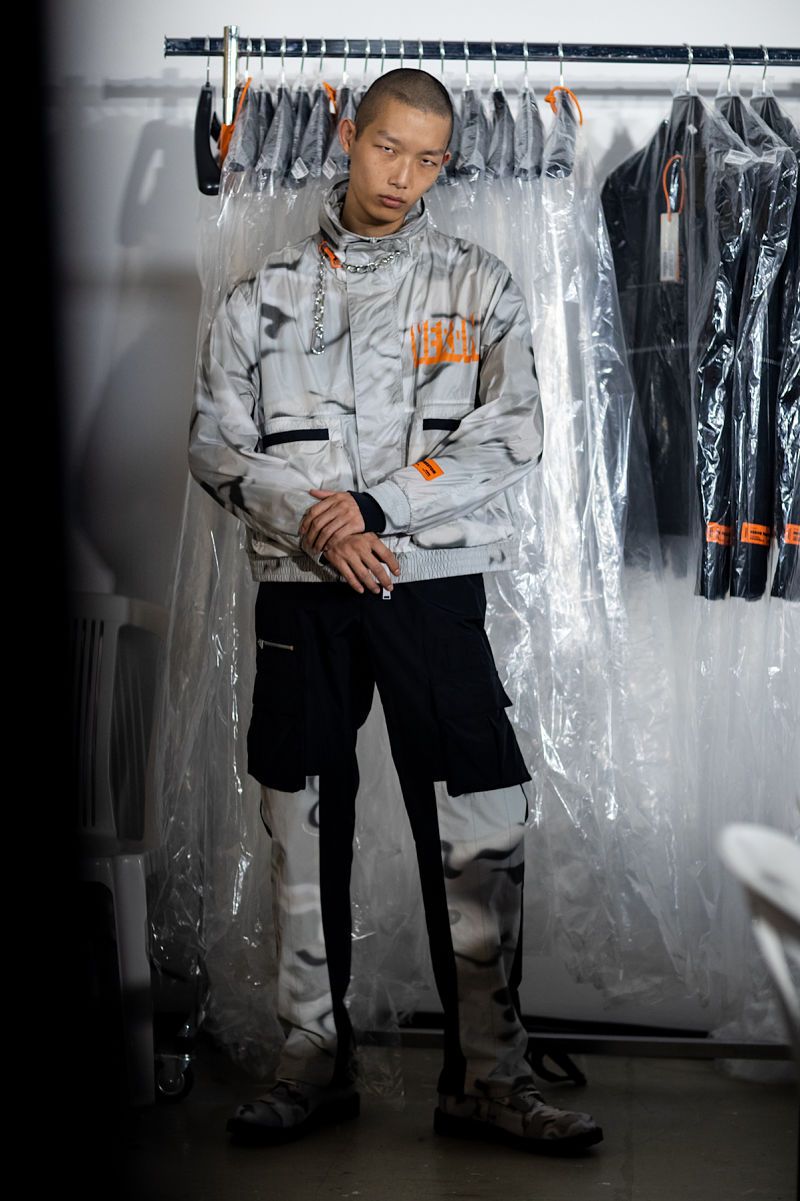 Heron Preston is the brainchild of artist, designer and DJ Heron Preston Johnson. Known for turning iconic images on their head, Preston initially rose to fame as a co-founder of streetwear brand and DJ collective Been Trill alongside creatives Matthew Williams, Virgil Abloh, Heron Preston, Justin Saunders, and YWP. His debut collection under the Heron Preston label came at Paris Men’s Fashion Week in 2016

The creative is also known for his work as an art director for Kanye West – collaborating with the artist on The Life of Pablo as well as on his brand YEEZY.

The “multi-hyphenate” launched his HPC Trading Co. site in 2016, gathering together his latest projects, art pieces and limited releases. The curated collection features the designer’s collection available for pre-order or purchase, as well as an archive of videos and editorial on his well-received UNIFORM collaboration.

Launched at the Spring Street Salt Shed in NYC in 2016, UNIFORM featured a zero-waste themed collection in collaboration with the NYC Department of Sanitation (DSNY). A much-hyped collaboration with NASA to celebrate its 60th anniversary came in 2018.

Show
Who has Heron Preston collaborated with?

In 2016 Preston collaborated with the NYC Sanitation Department (DSNY) to create UNIFORM. Heron approached the Department after a brush with garbage while swimming left him disenchanted with streetwear’s “vacant messaging.” The collection featured handpicked donated clothing and authentic DSNY uniforms upcycled with screen printing and embroidery and an official label hand sewn into every piece. Part of the proceeds from the collection went to the Foundation for New York’s Strongest — a nonprofit organization dedicated to honoring the service of sanitation workers in New York City.

As well as boasting collabs with the likes of Ugg, Carhartt and Nike, the brand celebrated NASA’s 60th anniversary with a capsule collection of high-tech parkas, metallics and of course reworked graphics.

Heron Preston Is About to Shake Calvin Klein Awake
StylesponsoredApril 6, 2021

Shirt Jackets Are a Gift From the Layering Gods & These Are the Best
SelectssponsoredDecember 22, 2020

Sponsored Story
Your Fall Wardrobe Is Nothing Without Earth Tones
SelectssponsoredOctober 6, 2020

Balaclavas to Pair With Your Deadass Face Mask
SelectssponsoredOctober 1, 2020

Heron Preston’s Levi’s Collab is Full of Mistakes & We Love Them
StylesponsoredSeptember 14, 2020

The Best Bracelets to Buy for Under $150
SelectssponsoredAugust 14, 2020

We Put Together a Wardrobe Wishlist for This Season
StylesponsoredAugust 10, 2020