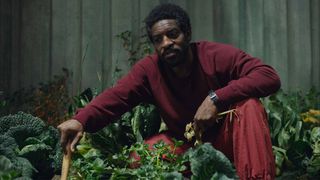 Robert Pattinson is no stranger to playing intense characters following his starring role in the Safdie brothers movie Good Time. Next month, he’ll be taking things to the next level as Monte in the Claire Denis-directed film High Life, a sci-fi thriller about a group of convicts that are transported to space for a hazardous mission centered around black holes that could cost them their lives.

Outkast’s André 3000, Mia Goth and Juliette Binoche also star alongside the heart throb in this riveting production. High Life officially premieres in theaters on November 7. Watch the full trailer in the video above.

In other words, Sampha’s original song from the ‘Beautiful Boy’ soundtrack is out now. Get all the details right here.