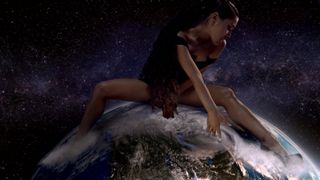 Ariana Grande has shared a new song called “God is a woman.” The song was initially teased for next week, only for the singer to release the single late on Thursday night along with the official music video.

“God Is a Woman” is set to feature on Grande’s forthcoming album, Sweetener, and follows the releases of “The Light Is Coming,” featuring Nicki Minaj, and “No Tears Left to Cry,” both of which will also be on the full-length.

Sweetener is due for release on August 17. Watch the “God Is a Woman” visual above below and leave your thoughts in the comments.

In other music news, Chance the Rapper’s “Come Back, Barack” has been nominated for an Emmy Award. Read more here.