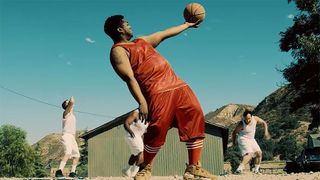 BROCKHAMPTON have just dropped the third single and accompanying video from their upcoming album GINGER, and like the previous tracks “I BEEN BORN AGAIN” and “IF YOU PRAY RIGHT,” the new offering is a banger. It’s titled “Boy Bye” and touches on some pretty heavy topics, specifically substance abuse and depression. Watch and listen above.

The video follows the same sort of surreal aesthetic seen in the previous two clips, with various scenes playing with distortion and perception. The video also mirrors the theme of depression, as heard in bars like “Everybody ask me how I deal with my depression / Man , look, I don’t got the answer to your question,” via moments such as the one in which Matt Champion is lifted up in a glass box.

And the new track brings with it more exciting news: GINGER is confirmed to drop next week, on Friday, August 23. Preorder your copy, along with some sick themed socks, here.