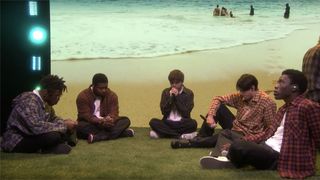 The all-American boy band also revealed the title of their upcoming album – the best years of our lives – which was originally called Team Effort, and then PUPPY. The group’s fourth studio album was delayed due to abuse allegations against former member Ameer Vann, who was kicked out of the group as a result.